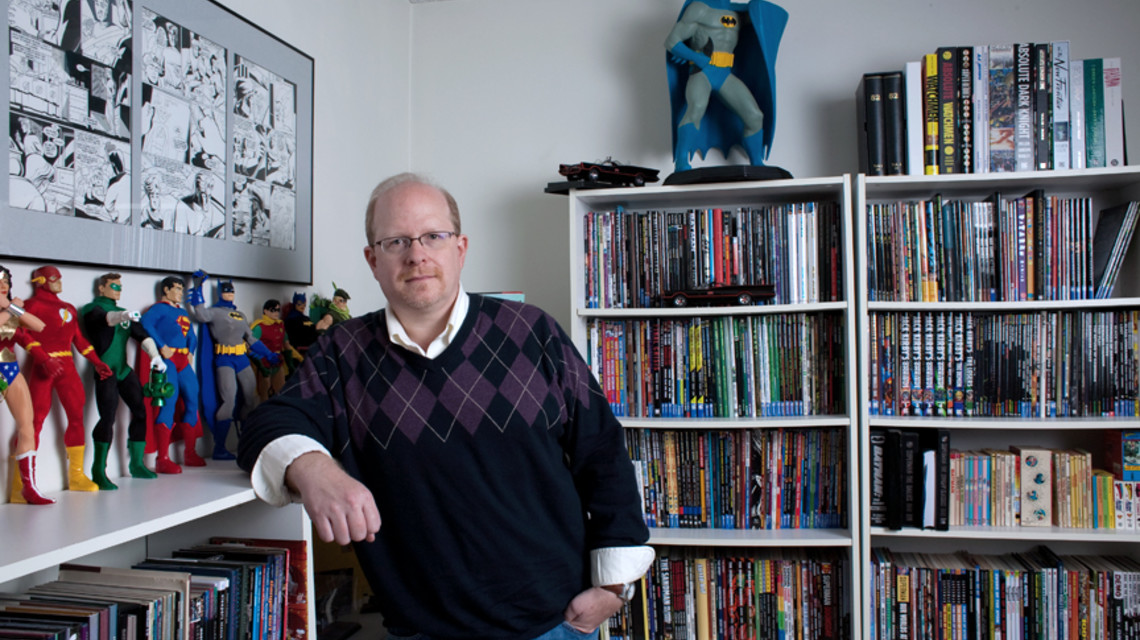 If anyone has the sheer credibility to write a Superman movie, it's Mark Waid.

The longtime and acclaimed comics writer has penned terrific story arcs for both of the big houses, Marvel and DC, and has put his imprint on many of the greatest heroes in each of those universes, including The Flash, Captain America, the Fantastic Four, and others. But if there's one character Waid may be most identified with, it's the Man of Steel.

Waid's association with the last son of Krypton began in 1985 with a story called "The Puzzle of the Purloined Fortress!" in Action Comics #572, and peaked in 2003 and 2004 with Birthright, a brilliant 12-issue limited series with artist Leinil Francis Yu that ended up becoming the canonical origin story for Superman until Infinite Crisis started mucking about with the continuity a couple of years later. It's still considered one of the best -- if not the best -- of all the Superman origin stories ever written.

So Waid has had a long and fruitful creative relationship with Kal-El, which makes it even stranger to think that he has yet to be tapped by the DC film division and Warner Bros. Pictures to at least pitch an idea for a Superman movie (although some elements of Birthright did turn up in 2013's Man of Steel and 2016's Batman v Superman: Dawn of Justice).

Not that he isn't ready for it. Asked in an interview with Revenge Of The Fans if he would be interested in writing a Superman movie, Waid responded:

“Sure. I mean, that would never happen. So it’s really easy for me to say ‘Yes.’ But sure. That’d be interesting.”

Not only would it be interesting, but Waid says he has an idea for what he would do:

Of course we'd love to know what Waid's secret Superman story is, so if anyone at DC Films or Warner Bros. is reading this, perhaps you should give the guy a call and invite him to the offices for a meeting -- especially since future plans for Superman on the big screen seem to be kind of stalled at the moment.

This brings up an interesting question: Why aren't more comic book writers -- who get to know these characters inside and out over the course of months or even years -- recruited to script the movies? Yes, Geoff Johns has been involved in penning various DC movies and TV shows, and Jeph Loeb has had a foot in both worlds forever, but why not get Scott Snyder to pen a Batman film one day? Or hire Kelly Sue DeConnick for the almost inevitable Captain Marvel 2 or -- if it comes to pass -- an Aquaman sequel?

You get the idea. Would you like to see an acclaimed comics writer like Mark Waid pen the next Superman movie?